75 years ago, World War Two ended: probably the biggest single event of the 20th Century.  We will be learning about the war and, in particular, what life was like for children in Britain during this time.  Although Britain was never invaded, everyone was involved in the war effort in some way, and everyone was affected by it.  Fortunately, World War Two is very easy to research and there are many suggested links included below.

Each week, we will be setting you a research task to carry out.  You might simply watch a few videos/ look at a website/ read a book/ talk to a family member to learn about it, or go further and record your work using writing, drawing, photos or video.  If you can, please feel free to post any work to the blog - we'd love to see it! 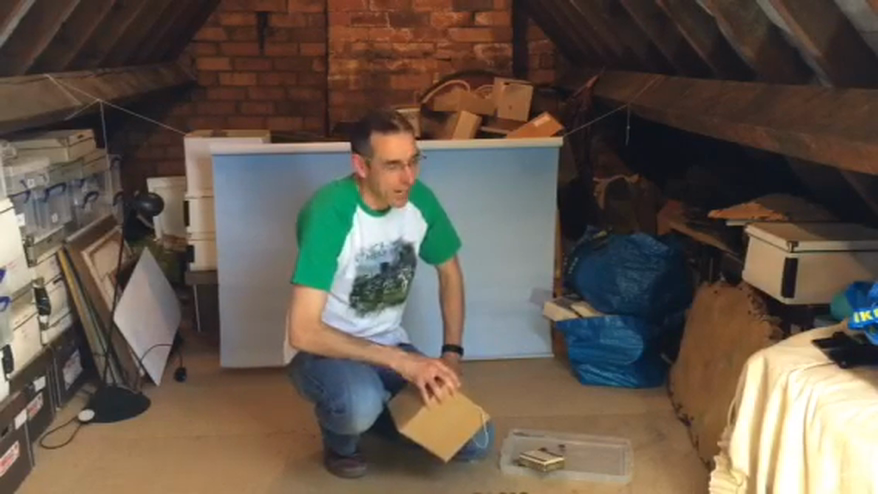 Last week we looked at rationing, where people were only allowed to have a limited amount of food each week so that there would be enough to go around.  However, you still had to buy the food - but what with?  Imperial (pre-decimal) currency was used in the UK throughout the twentieth century right up until 1971 (you may well have grandparents and older family members that remember it well! Ask them if you can.)

I shan't spoil the fun, but your task this week is to find out more about it  (lots of links underneath) and see if you can answer the questions below.  You might even want to find out the sizes of the coins and have a go at drawing them.

One thing I'd love to know is: would you rather have imperial or decimal currency, and why?

Please feel free to post any of your work to the blog.  Good luck!

This website has a really useful page including a currency converter:

A guide to old British Money! Pounds, shillings and pence!

Nowadays British money is simple, a pound is divided into 100 pence. But in years gone by the system was much more complex, with 240 pence in the pound! It w... 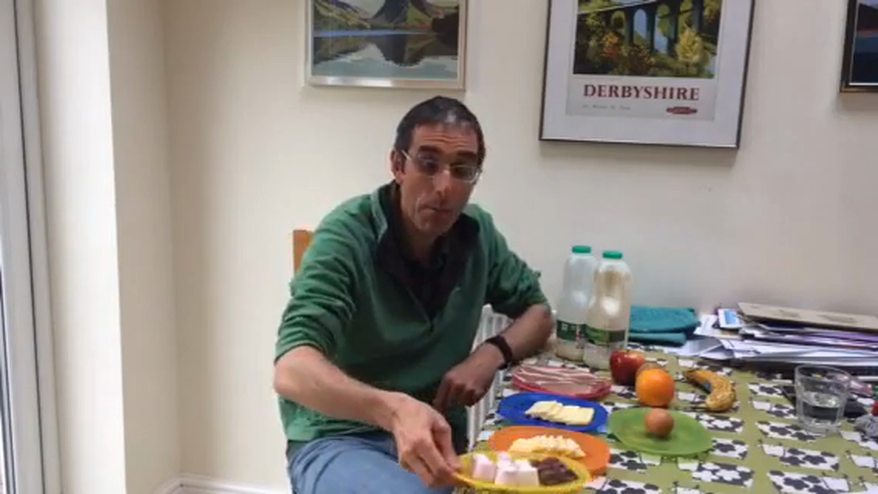 Yes, my video moves to the kitchen this week for Rationing!  You may already know that food and essential goods were rationed in World War Two - the government placed limits on what people could buy so that there was enough for everyone.  There's two films to watch below (one Horrible Histories and a film from the 1940s), then choose one or more of the activities to have a go at.

When did rationing begin and end?

What would you have found hard about rationing?  Write a short diary entry showing your reaction as food is rationed.

Which foods would you missed the most?

Please feel free to post any of your work on the blog page.

http://www.iwm.org.uk - Showing daily at IWM North. Meet Rattus Rattus as he takes you on a journey back to the woeful Second World War.

COI 155 An American commentator looks at the effects of rationing on the people of England in 1944. The film presents a 'typical' family of 4 (housewife, eng... 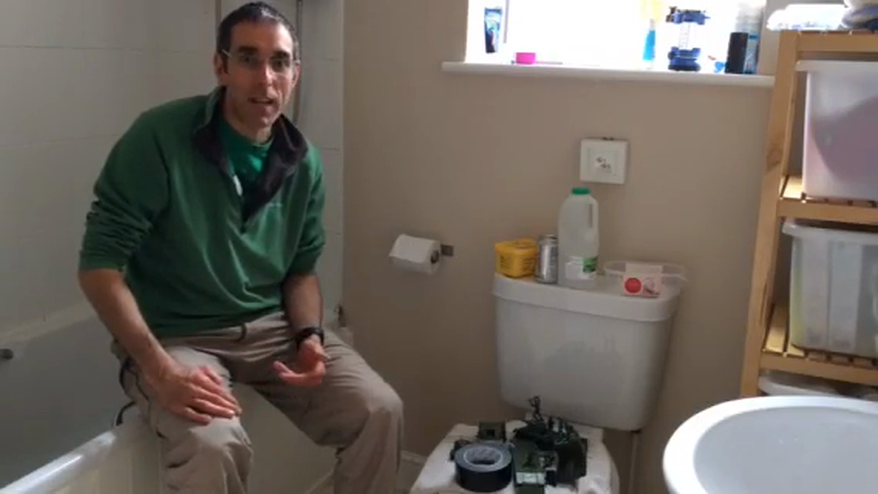 This week 75 years ago, saw the end of World War Two in Europe.  Despite the dreadful events of the past six years, the victorious nations declared 8th May as 'Victory in Europe' Day (VE Day) and had street parties and celebrations.  Below are some links for some VE Day activities, or you could have a go at our Mulberry Harbour challenge on the Art/DT page here:  https://www.johncliffordschool.com/art-5/

On the 8th May 1945 the Nazis surrendered and victory in Europe was declared. The Allies celebrated the end of a six year world war and the VE Day parties we... 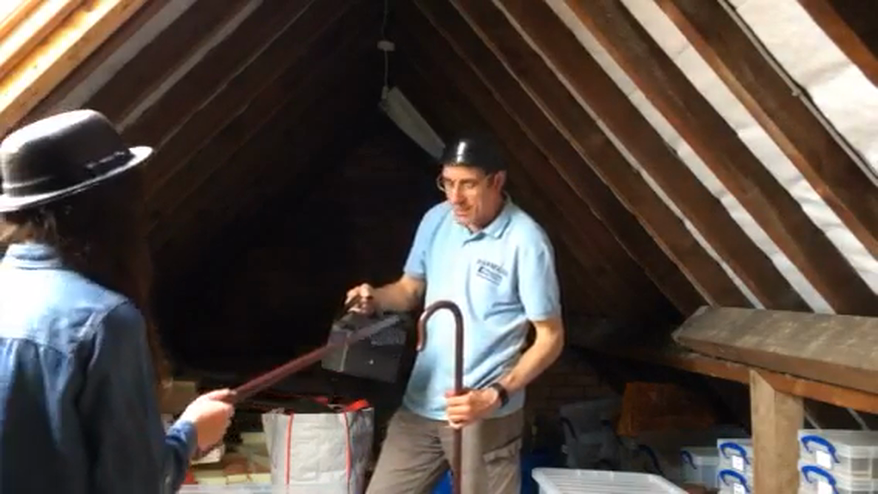 How did you get on with making a timeline?  Please do feel free to post any finished work to the blog - we'd love to see how you're getting on. 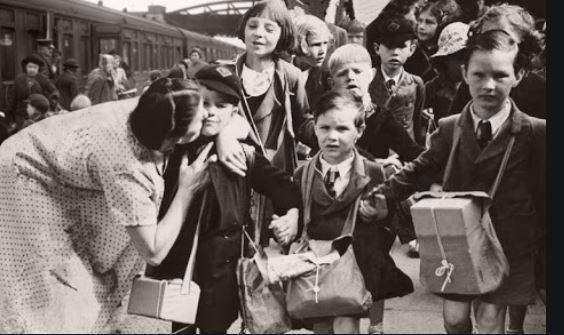 This week's work is to do with evacuation in World War Two.  From 1939, thousands of children were sent away from their homes to live in the countryside so that they were safe from the bombing in the cities.  Please watch my video below and then go away and research the evacuation using the resources below.  You could:

*find out where they went and what it was like as an evacuee.  How would you feel if you had to go and live with a different family?

*think about what they took with them.  What would you take if you had to be evacuated?

*create some artwork based around evacuation, or a poster to encourage parents to evacuate their children.*watch, read or listen to Carrie's War by Nina Bawden (links below).

*write a diary pretending to be an evacuee. 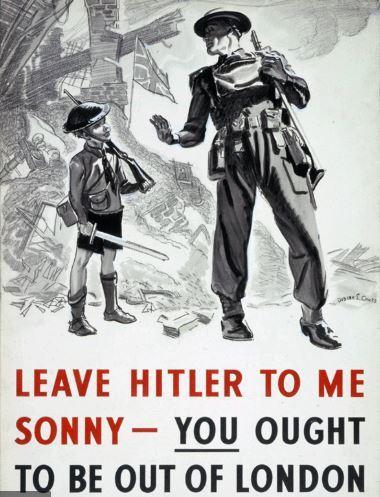 There are some fantastic resources about evacuation here!

You're used to making timelines for History in school, so this should be a good place to start.  Can you find out the key dates of World War Two and write them on pieces of paper or card, then put them into chronological order?  Are the dates AD/ CE/ BC/ BCE?  When you've done this, you could add some additional information - anything that you have found out (for example, my mother was born just before the start of World War Two, so I've added her to my timeline).

There is an excellent timeline resource here: 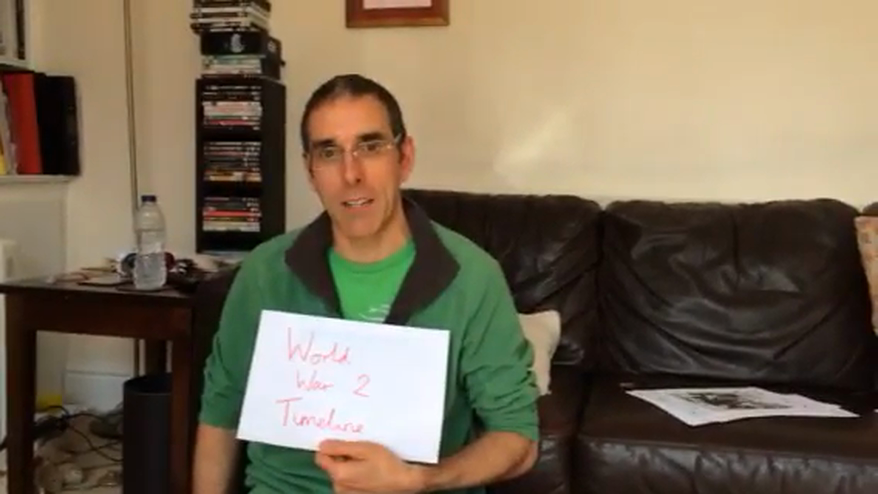